Photos from Armenian remains in East Anatolia by the Polish photographer Magdalena Mądra. 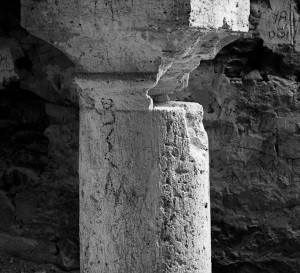 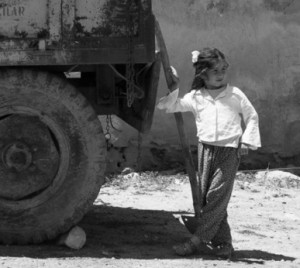 The photographs on display are just a small selection from the one thousand photos I took in July 2012 to capture our experience of Anatolia. During our 6-day expedition we visited places that until 1915 had been inhabited by Armenians (including the ruined towns of Palu and Harput)

W met the inhabitants of the neighbouring villages and listened to their stories. In villages and towns bustling with everyday life we saw the ruins of Armenian temples. We were generously hosted by Zaza and Kurd communities where the Dengbesh pulled us in to dance and into the world of their musical stories. It was a difficult journey in search of people and places that no longer exist. For them we sang in the ruined churches where the only prayers were the ones offered by pillars undercut by the “contemporary strangers”.

I would like to dedicate this small collection of – to evoke Barthes’ idea of the photographic proof of an event – ça a été (it has been), this result of my visual gathering, to our guides Aram Kerovpyan and Altug Yilmaz.

I would like to extend special thanks to Tomasz Adam Fularski, who made these photographs “breathe”.