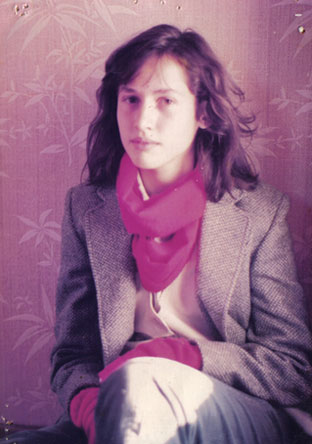 Constanza Macras was born in Buenos Aires, Argentina, where she studied dance and fashion design, at the Buenos Aires University (UBA). She continued her dance studies in Amsterdam and New York (Merce Cunningham Studios). In 1995, Macras moved to Berlin and danced for various companies. In 1997, she founded her own first company TAMAGOTCHI Y2K.

Between 1998 and 2000, TAMAGOTCHI Y2K presented four pieces: Wild Switzerland (1998), Face One (1999), In Between (2000) and Dolce Vita (2000), a site-specific live music performance that combined artists from various disciplines. It was created as a one-time event for each specific location.

From 2001 to 2002, Macras developed and presented the trilogy MIR: A Love Story. In 2002, she also curated the project ‘PORNOsotros’, where she performed together with Lisi Estaras (Ballets C. de la B.) under the direction of different directors four short pieces dealing with the subject of pornography at Schaubühne am Lehniner Platz, Berlin.

In 2008 Constanza Macras received the Goethe-Institut Award for an outstanding German production for her piece Hell On Earth.

In 2010 she was awarded with the Arts at MIT (Massachusetts Institute of Technology) William L. Abramowitz Residency. Since 1961, the series has brought renowned performing artists and writers to MIT to perform, present public lectures, and collaborate with students in free programs.

In the same year Constanza Macras was awarded the national German theater-prize DER FAUST for best choreography for the piece Megalopolis.

Next to her productions with her company CONSTANZA MACRAS | DorkyPark , Constanza Macras has also created: - Paraíso sem Concolação (2008) a commission work of the Goethe Institut São Paulo with dancers from the company and a Brazilian cast. Premiered in São Paulo. - Ein Sommernachtstraum (2006) together with Thomas Ostermeier, the Schaubühne ensemble and dancers from CONSTANZA MACRAS | DorkyPark. Premiered at the Hellenic Festival. - Pegarle a la Bolsa (2004) a commission from the Goethe-Institut Cordoba (Argentina). Happiness (2003) for the ballet of the Saarländisches Staatstheater.

CONSTANZA MACRAS | DorkyPark has toured in Korea, Japan, India, Indonesia, Argentina, Brazil, Chile, Colombia, South Africa, the United States and has been invited to various European venues and festivals like Festival d’Avignon in France and Aarhus Festival in Denmark. The company and its productions are supported by the Capital Cultural Fund and the Governing Mayor of Berlin – Department for Cultural Affairs and works regularly with HELLERAU – European Center for the Arts Dresden ans with Berlin based venues such as Hebbel am Ufer and Schaubühne am Lehniner Platz. Next to Constanza Macras and her company have been supported by and collaborating with the Goethe-Instiut since 2005. The company’s productions are:

Open For Everything (2012) In this special production Constanza Macras is drawing the attention to the current situation of the Romani-people in Middle and Eastern Europe. The piece is created with Romani musicians and performers who team up with performers of the company. A production by CONSTANZA MACRAS | DorkyPark and the GOETHE-INSTITUT. In co-production with Wiener Festwochen, New Stage of National Theatre Prague, Trafó House of Contemporary Arts Budapest, International Theatre Festival Divadelná Nitra, Hebbel am Ufer Berlin, Kampnagel Hamburg, HELLERAU – European Center for the Arts Dresden and Dansens Hus Stockholm and Zürcher Theater Spektakel. Supported by the Capital Cultural Fund and the Governing Mayor of Berlin – Department for Cultural Affairs and the Open Society Foundations- with contribution of the Arts and Culture Program of Budapest.